Invisalign is a clear braces option that straightens teeth with a set of custom-made aligners that are smooth, comfortable, and nearly invisible.

We aim to offer you one of the most competitive prices in Perth & welcome you to attend an orthodontic assessment where we can assess your suitability for treatment. Our practice uses the latest technology and we provide our patients with a digital view of their ‘new smile’ in simulated software.

It’s been said that your smile is your best asset. A beautiful, straight smile exudes confidence. If crooked teeth have held you back from achieving your personal or career goals, we are pleased to let you know that our experienced Fremantle dentists are certified Invisalign providers for the Fremantle and greater Perth area.

Invisalign is a clear braces option that straightens teeth with a set of custom-made aligners that are smooth, comfortable, and nearly invisible.

We aim to offer you one of the most competitive prices in Perth & welcome you to attend an orthodontic assessment where we can assess your suitability for treatment. Our practice uses the latest technology and we provide our patients with a digital view of their ‘new smile’ in simulated software.

It’s been said that your smile is your best asset. A beautiful, straight smile exudes confidence. If crooked teeth have held you back from achieving your personal or career goals, we are pleased to let you know that our experienced Fremantle dentists are certified Invisalign providers.

What is Invisalign and How Does it Work?

Your dentist or orthodontist will chart out the series of motions necessary by your teeth to attain a straighter smile using cutting-edge 3D imaging technology. Depending on whether you need top and/or bottom aligners)  custom-made plastic aligners will be produced to fit your teeth.

Invisalign progressively and softly adjusts your teeth into the proper position by wearing the clear plastic aligners over your teeth. Unlike braces, Invisalign does not require the use of metal brackets or the tightening of wires.

Every few weeks until your treatment is over, all you have to do is switch out your aligners and you can enjoy the experience of smiling with a mouth full of beautifully straight teeth! 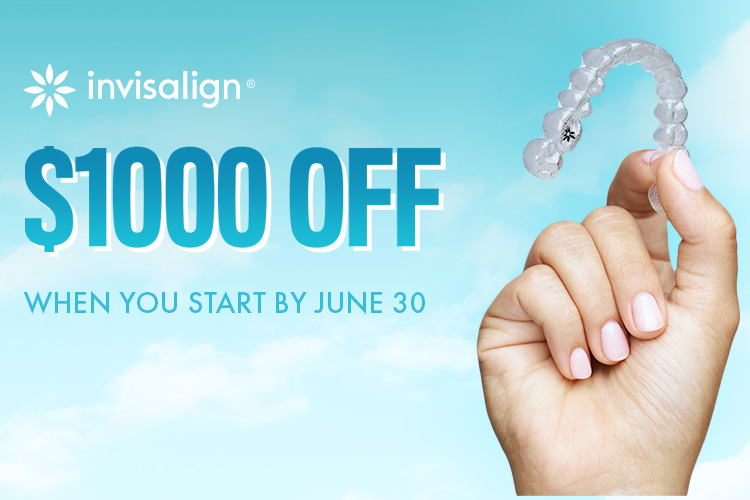 Speak to our team today

Are less at risk of chips, breaks or abnormal wear and potentially fewer emergency dental visits

Less likely to put stress on the jaw bone and joints

The Advantages of Invisalign

Invisalign aligners are a clear alternative to braces that are easy to remove and comfortable to wear. It's simple to maintain your daily routine without Invisalign holding you back or making you self-conscious.

The ease with which you may remove your Invisalign aligners means that there will be no disruption to your daily routine, whether it's for a special occasion or while you are eating, brushing or flossing your teeth.

How long does it take to get Invisalign?

While the length of your Invisalign treatment will vary depending on your specific circumstances, the usual treatment time is between 12 and 14 months. Treatment with Invisalign might take as little as six months or as much as two years. Your Superior Smiles dentist will be able to give you an estimate of how long your treatment will take.

Will Invisalign Treatment be Covered by my Health Insurance?

If your health insurance provides orthodontic treatment, Invisalign should be covered to the same amount as traditional braces would be. Of course, the specific medical benefits to which you are entitled will define the scope of your coverage. If you want to know how much Invisalign treatment your insurance will cover, we recommend checking with your health insurer directly.

William Golding
Really impressed by this place, Dr. Jeremy and Courtney were amazing, fixed a chipped tooth flawlessly, and all staff have been really nice on all occasions. Recommend this Dentist!

robbruce
Superior Smiles was a great experience, the expertise displayed around the fitting and ongoing care of braces was exceptional to say the least, great caring nature of the whole team shown throughout the journey. I highly recommend this Dental Clinic to anyone doing the Braces journey. Rob Bruce

Len R
After not being to a dentist in many years, I tried to research dentists in my local area and came across the amazing reviews for Superior Smiles and decided to book an appointment with Dr. Rani. I was so happy with the service I received- all the staff were extremely friendly and professional. I felt like I was in very good hands with Dr. Rani, who talked me through every stage of the appointment step by step, in a clear and gentle manner. I have already booked my next appointment to have some minor work done, as I am extremely happy to return to this dentist. Thank you Dr. Rani and team 🙂

Robyn McLeod
After experiencing terrible episode with dentist many years ago, I have always kept a wide berth and only go when I am in extreme pain. Had my first visit with Dr Rani and she was just wonderful, explained everything as she was going I was made aware of cost and given the option to proceed. Was very caring and I had no pain what so ever , I still have a couple of more visits to go however no more fear and for the first time in many years had experience a comfortable time at the dentist. For people who have a morbid fear I can assure you it will be gone after you experience a visit with Dr Rani staff are also wonderful, I will follow up with the six monthly check ups as required without hesitation. Highly recommend this practice for people who are experiencing anxiety

Marie-Claire Doren
Very clear information during and after treatment. Doctor Rani is gentle, kind and special for patients with fear of the dentist .. recommended 100%

Lola McMechan
Dr Rani and their team are so kind and professional! My visit was the best experience I have had at any dental clinic. I highly recommend and I can't wait to go back 😁. Lola

Claire Martin
I went to get a broken filling/tooth repaired. They fitted me in even though they were busy. The tooth has been filled and I'm very happy with the job done. Dentist was very thorough and willing to answer questions. Chris

Shaun Kirkby
Out of towner's looking for a Dentist and this place came recommended.......and indeed it is a very good Dentist, great professional service, it's a thumbs up from me.

Is Invisalign a painful treatment?

Not really. Most people will experience a brief period of mild discomfort at the start of each new step of the Invisalign therapy. This is usually just temporary as the teeth are moving, and manifests as a feeling of pressure rather than actual pain.

What is the price of Invisalign?

The cost of Invisalign is comparable to traditional braces, however each patient is different from another and so other factors will affect this. Some of these include, your insurance coverage, treatment time, how easy or difficult your teeth may be to move, and more. When you discuss Invisalign with your Superior Smiles dentist, these factors can be discussed and determined.

It certainly does! Invisalign has been used and used by over 2 million patients. Many dental patients benefit from Invisalign, which is now being utilised as an alternative to braces all around the world. It's no surprise that Invisalign is gaining popularity as a virtually undetectable and far more hygienic alternative. It's so effective that the only thing you'll notice while wearing them is the final outcome!

Invisalign treatment has been refined and broadened to accommodate the majority of orthodontic patients, including those with complicated malocclusions caused by overcrowding, underbites, jaw problems, or tooth misalignment.

What are the materials used to make Invisalign aligners?

The clear aligners are comprised of durable, non-toxic medical-grade plastic. Invisalign aligners are transparent, and most people won’t even realise you’re wearing them. They are smooth to touch and fit snuggly around your teeth. Invisalign is so inconspicuous that many dentists refer to them as "contact lenses for teeth."

For some people there is a brief transitory affect on speech, similar to other orthodontic procedures such as plates and braces. This may be a mild lisp, but as your tongue adjusts to speaking with aligners in your mouth, this will only last a day or two. This little speech impairment should go away after a few days of using the aligners.

How often should I visit my dentist?

You will often need to see us once every six to eight weeks for Invisalign to work effectively. We can make sure your appointments are all pre-booked. This means we can ensure that everything is progressing as planned and that any necessary adjustments are made ahead of time.

Is there a minimum age to get Invisalign?

Both teenagers and adults can benefit from Invisalign therapy. For teens, we need to make sure that both the first premolar and first molars have erupted. This normally happens between the ages of 12 and 14. Invisalign therapy has no upper age limit and is appropriate for adults of all ages.
If you're unsure whether Invisalign is a good option to braces for you come in and speak to one of our friendly team. We’ll make sure you have the right advice.

In a beautiful and relaxing environment along Perth's coast in North Fremantle, we deliver an array of dental solutions to serve your entire family's dentistry needs.

We help dental clients from Mosman Park, Peppermint Grove, Cottesloe who often visit for cosmetic dentistry. While many who are looking for a family dentist come from East Fremantle, Fremantle, Palmyra, Bicton and White Gum Valley. We are even the preferred dentist for clients from South Fremantle, Beaconsfield, Melville and Attadale.